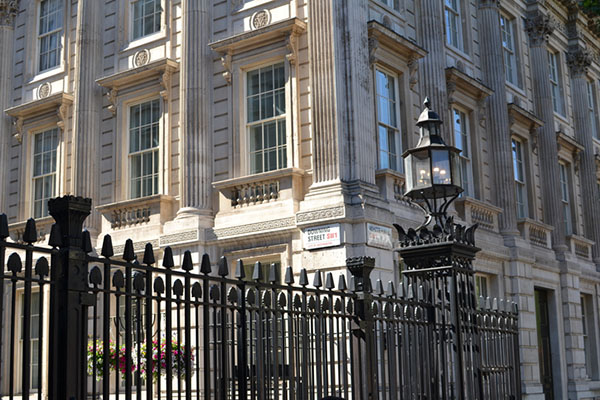 The Prime Minister has set out government plans to deliver a post-lockdown economic recovery, with a promise to accelerate
£5bn worth of spending pledges on a range of infrastructure projects across the country.

During a speech delivered at the Dudley College of Technology on 30 June, Mr Johnson promised to “build, build, build“, in order to soften the impact the COVID-19 pandemic has wreaked on the UK economy. Although on a much smaller scale, the plan aims to emulate the New Deal policies of President Franklin D. Roosevelt, which increased the state’s role in the US economy in order to aid recovery from the Great Depression of the early 1930s.

Among the projects included within the Prime Minister’s £5bn investment plan are: £1.5bn for hospital maintenance; more than £1bn to fund a schools building project; £83m for maintenance of prisons and youth offender facilities; £100m for road network projects and between £500,000–£1m for each area in the Towns Fund, earmarked for improvements to parks, high streets and transport.

The Prime Minister also unveiled a range of reforms designed to streamline the country’s planning system which he said would encourage building, speed up projects and provide better value for money. These changes to the planning rules will be implemented by September.

Mr Johnson stressed that the government needed to respond quickly, in order to support jobs. In echoes of a Conservative General Election manifesto pledge, he promised to “level up” the economy to ensure all parts of the country would benefit from future economic growth.

Further details on the government’s ‘Project Speed’ economic recovery plan are due to be outlined next week when the Chancellor, Rishi Sunak, delivers an update on the economy. Mr Sunak’s economic statement is expected to focus largely on jobs and training. 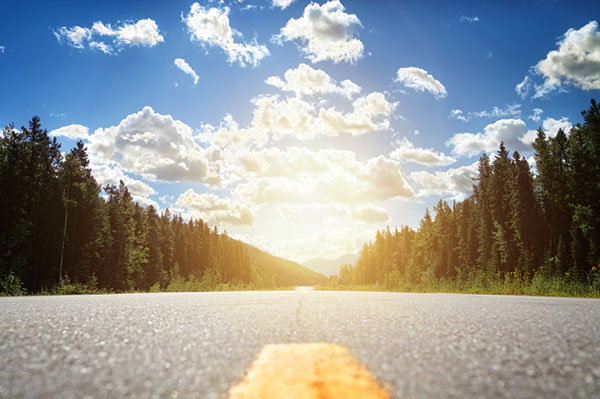 Although data released by the Office for National Statistics (ONS) vividly shows the UK is in the midst of an unprecedented slump, more recent evidence does imply the worst may be over, with signs of a pick-up in economic activity.

The latest gross domestic product (GDP) statistics published by ONS revealed the huge economic impact inflicted by the coronavirus lockdown measures. Overall, the UK economy contracted by 20.4% during April, the largest ever recorded monthly fall in GDP, with virtually every sector shrinking.

However, while ONS described this decline as ‘unprecedented’, it also suggested that April was likely to have been the low point for economic output. Indeed, data covering more recent time periods appears to confirm that activity has begun to recover as lockdown measures have eased.

The latest IHS Markit/CIPS flash composite Purchasing Managers’ Index, for instance, suggests the UK private sector shrank less than expected last month, with the overall index rising from 30.0 in May to 47.6 in June. While any value under 50 does still represent a fall in output, the sharp monthly rebound was a record rise and significantly exceeded analysts’ expectations.

With further lockdown relaxation due to come into force from 4 July, the economy is expected to return to growth as more businesses reopen. Although recovery prospects undoubtedly remain highly uncertain, a poll of around 80 economists conducted by Reuters on 19-24 June suggested the economy will bounce back during the third quarter.

According to the poll’s median forecast, the UK economy is expected to grow by 10.5% across the July–September period, following a predicted 17.3% decline in the second quarter. The average poll forecast also implies that the economy will contract by 8.7% over the whole of 2020, and then grow by 5.5% next year.

Major benchmarks closed the month in positive territory, as some economic data boosted sentiment towards the end of the month. A record jump in US housing sales and a fourth straight month of growth in Chinese manufacturing, served to offset some concerns over COVID-19 infection rates.

In the UK, the FTSE 100 gained 1.53% in June, to 6,169.74, the domestically focused FTSE 250 rose 0.45% in the month to close on 17,119.16. The Junior AIM index closed on 883.75, a monthly gain of 0.96%.The blue chip index closed Q2 up 8.78%, its biggest quarterly gain since 2010, as a host of global stimulus and an uptick in business activity as lockdown measures ease, strengthened optimism about a post-pandemic economic recovery. Concerns do exist, as local lockdown measures were imposed on Leicester due to virus flare-ups in the city.

Gold is currently trading at around $1,783 a troy ounce, a gain of 3.09% on the month. Investors are keeping the precious metal in bullish territory despite a surge in risk appetite. Brent Crude is currently trading at around $41 per barrel, a gain of around 15% on the month. A recent poll, highlights expectations of a modest recovery in oil demand in Q3 and a stronger rebound towards the end of the year and into next, as oil demand is expected to pick up.

The Bank of England (BoE) left interest rates unchanged following the latest meeting of its Monetary Policy Committee (MPC), amid signs of recovery from the country’s unprecedented economic slump.

At a meeting held on 17 June, the MPC voted unanimously to maintain the Bank Rate at a record low of 0.1%. In addition, BoE Governor Andrew Bailey confirmed that the prospect of taking rates below zero had not been discussed and again emphasised that any decision to move borrowing costs into negative territory was not in any way imminent.

The MPC did, however, approve a £100bn increase in the BoE’s quantitative easing stimulus package, which is designed to support financial markets and underpin economic recovery. One member of the MPC though did vote against this increase. This raised the total size of the Bank’s asset purchase programme to £745bn.

Despite bolstering its firepower, the BoE actually signalled a slowdown in the pace of bond purchases by announcing that the latest £100bn injection will be spread across the remainder of the year.

The decision to reduce the pace of bond buying was taken because the Bank has begun to see signs that the economy is contracting less severely than it previously feared. However, while the Bank is seeing some signs of recovery, Mr Bailey was at pains to stress it was too early to talk about the strength of any economic rebound and that the outlook remains unusually uncertain.

Commenting on the prevailing economic conditions, the Governor said: “As partial lifting of the measures takes place, we see signs of some activity returning. We don’t want to get too carried away by this. Let’s be clear, we’re still living in very unusual times.”

Official figures show that UK shoppers have started to spend again with retail sales recovering some of the ground lost during the record slump in sales witnessed in April.

According to the latest statistics released by ONS, retail sales volumes increased by 12.0% in May compared to the previous month’s level. This rise was largely driven by growth in non-food store sales, with DIY retailers enjoying a particularly strong month as some shops reopened and consumers devoted more lockdown time to carrying out home improvements. Online sales also saw further growth, accounting for a third of all spending, a new record high.

While May’s sales rise was much stronger than analysts had predicted, it did clearly follow on from the unprecedented 18% sales slump recorded during April. Indeed, while the growth did represent a partial bounce back, May’s total volume of sales was still 13.1% lower than the comparable figure recorded in February, the last full month before the lockdown restrictions were introduced.

Although further easing of lockdown measures introduced on 15 June will clearly provide another fillip to sales, the retail sector remains relatively gloomy with regards to future prospects. For instance, the latest survey released by the Confederation of British Industry (CBI), which was conducted in the run-up to mid-June’s lockdown relaxation, found that 62% of retail chains fear weak consumer demand will hamper any sales recovery for most items other than food and drink.

Commenting on the findings, CBI Chief Economist Rain Newton-Smith said: “With high street shops, department stores and shopping centres re-opening across England last week amid some scenes of long queues, you’d be forgiven for thinking retailers’ difficulties are coming to an end. But the health of the retail sector remains in the balance.”