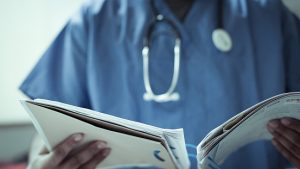 UK government borrowing has fallen to its lowest level in more than a decade, a situation which may provide Chancellor Philip Hammond with scope to relax his tight grip on public spending.

Data released by the Office for National Statistics (ONS) shows that UK public sector net borrowing (excluding public sector banks) totalled £42.6 billion in the 2017–2018 financial year. This was below the Office for Budget Responsibility’s estimate of £45.2 billion produced for the Spring Statement in March and the lowest net borrowing figure since the fiscal year ending March 2007.

Although the ONS stressed that the figures are provisional and will be revised as more data becomes available, they do provide a welcome boost for the Chancellor. The improving state of government finances will, though, inevitably increase calls for Mr Hammond to significantly loosen the public purse strings.

The Chancellor has already indicated his desire to increase spending at the Autumn Budget – with the NHS in England and Wales a key priority – if the budget deficit remains below target. However, the degree to which he will be able to relax his grip on spending remains unclear with many at the Treasury believed to feel that the focus should remain firmly on reducing the budget deficit.

A further complication surrounds the uncertainty over the cost of the Brexit ‘divorce’ bill. The National Audit Office recently confirmed that the government’s £35–39 billion estimate was “reasonable“, but also warned that the final figure could surpass the higher end of those calculations.

Despite the improving state of the public finances the Chancellor will still therefore face a significant dilemma when finalising his Autumn Budget spending plans: does he continue to focus on tackling the public finances or seek to ease austerity and splash the cash on the country’s beleaguered public services? 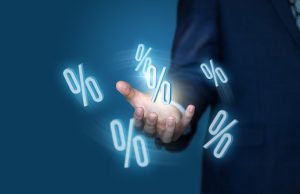 A weaker economic backdrop and Brexit-related anxieties have significantly reduced the likelihood of a May interest rate rise, although most economists still expect rates to rise at some point during 2018.

Just a few weeks ago economists were almost unanimously predicting that the Monetary Policy Committee (MPC) would sanction the second hike in interest rates since the financial crisis when it next convenes on 10 May. However, following comments made by the Bank of England Governor, Mark Carney, and the release of the latest GDP figures, the odds on a rate rise have lengthened dramatically.

The Governor initially dampened expectations of a rate increase during an interview with the BBC in mid-April, suggesting that Brexit-related uncertainties are still weighing heavily on his mind. He also made it clear that the ultimate outcome of the Brexit negotiations will have a major impact on the future direction of interest rates.

Mr Carney went on to say: “Prepare for a few interest rate rises over the next few years. I don’t want to get too focused on the precise timing, it is more about the general path. I am sure there will be some differences of view but it is a view we will take in early May [at the next MPC meeting], conscious that there are other meetings over the course of this year“.

These comments, along with the weaker than anticipated first quarter GDP figures, have led most economists to conclude that the MPC will leave rates on hold at the May meeting. However, while the exact timing of any further monetary tightening remains unclear, economists still widely expect interest rates to rise at some point this year. 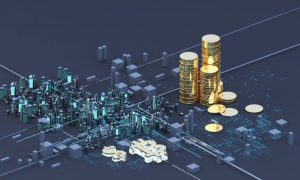 April was a largely positive month, with many of the indices covered here registering solid gains. In the UK, the FTSE 100 gained over 450 points during the month to end April up 6.42% on 7,509.30 – its best monthly climb since July 2013 and its highest close since 31 January. The blue chip index was boosted at the end of the month by Sainsbury PLC shares, following the announcement of its merger with Walmart Inc.’s Asda Group Ltd. The weaker pound also contributed to the lift in the index, as its many multinational constituents generate most of their sales in foreign currencies. The FTSE 250 also closed the month in positive territory at 20,285.05, a monthly increase of 4.24%. The Junior AIM followed suit with a 3.76% gain to finish the month at 1,052.52.

In Asia, the Japanese market, covered by the Nikkei225 index, closed April on 22,467.87, a gain of 4.72%. The index has now made gains for five consecutive weeks. The Eurostoxx50 in mainland Europe increased 5.14% to 3,534.19. In the US, the Dow Jones closed at 24,163.15, up 0.25% over the month, whilst the technology weighted NASDAQ index also gained (0.04%) to end the month on 7,066.27. US stocks fell at the end of the month, as the latest round of positive corporate earnings left investors unimpressed. The market’s monthly advances have been limited by factors including ongoing concerns about protectionism and geopolitics.

Metals generally moved lower throughout the month. Gold fell 0.75% to close April on $1,315.13 a troy ounce, as the dollar rally dampened demand for the precious metal. Oil gained (8.41%) in April, to close out at $75.17 a barrel, as measured by the Brent Crude benchmark. Oil prices rallied at the end of the month, to their highest level since late 2014, driven by concerns over potential disruptions to Iranian crude flows.

UK retail sales suffered their worst performance in a year as consumers continued to struggle with the impact of rising prices and stagnant wages.

Official data published by the ONS showed that retail sales volumes across the three months to March 2018 were 0.5% lower than in the final quarter of last year. This decline, which was the largest fall since the first quarter of 2017, partly reflects a slump in petrol sales during March as a result of the poor weather conditions which kept many shoppers at home.

The latest monthly retail sales survey published by the Confederation of British Industry (CBI), however, suggests that this weakness continued into the first part of April with households continuing to adopt a cautious approach to spending.

Anna Leach, CBI Head of Economic Intelligence, commented: “It’s no secret that UK high streets have endured tough trading conditions in recent months, with some big names closing or cutting back. Much of this reflects ongoing structural changes in the sector as well as the continued squeeze on households’ real incomes“.

There are signs, though, that this squeeze on people’s spending power is nearing an end. Indeed, the latest labour market statistics show that average weekly earnings actually rose by 0.2% year-on-year in real terms. This was the first increase in real wages for just over a year and has boosted hopes that there could soon be light at the end of the tunnel for many financially stretched households.

However, while household finances may be showing some signs of improvement any growth in real wages over the coming months is expected to remain relatively modest. As a result, the retail environment looks set to remain extremely tough at least for the time being.

The UK economy stalled during the first quarter of 2018 with the rate of growth falling to a five-year low.

Data released by the Office for National Statistics (ONS) suggests that UK gross domestic product (GDP) rose by just 0.1% in the three months to March 2018. This preliminary first quarter estimate was lower than the 0.4% growth recorded in the preceding quarter.

The first quarter data had widely been expected to paint a weak picture of the UK economy partly due to the impact of the extreme cold weather. However, the actual figure was even lower than economists had been predicting and the ONS also stated that the ‘Beast from the East’ had only had a relatively minor impact on the data.

Rob Kent-Smith, head of national accounts at the ONS, commented: “Our initial estimate shows the UK economy growing at its slowest pace in more than five years with weaker manufacturing growth, subdued consumer-facing industries and construction output falling significantly. While the snow had some impact on the economy, particularly in construction and some areas of retail, its overall effect was limited with the bad weather actually boosting energy supply and online sales“.

Although the data does clearly show that UK economic growth weakened significantly in the first few months of 2018, it is only a first estimate. And such estimates are typically revised upwards once more data becomes available.

Time will tell whether the latest GDP figure does prove to be a temporary blip or a sign of more deep-rooted economic problems. However, the data will certainly ensure that the UK continues to lag behind its international peers in the economic growth stakes.